Summary: Do you feel the LGBT community has changed in a negative way? I feel it has, but what happened to it? Politics have turned the community into something negative.

Back when I transitioned from male to female in 2011, the LGBT community was an accepting place to share ideas, learn about one another, and make new friends. The people I met were rational, understanding, and accepting. Transgender was something rare, and there was no one who actually identified as trans when I grew up. And, I only met a handful of trans people when attending LGBT related events. But, that changed, and it wasn’t for the best. What happened to the LGBT community?

One of the first things I noticed was several people demanding and forcing letters be added onto the end of LGBT, with the acronym growing to LGBTQIA+. But, it didn’t stop there. These demands grew and have reached a level of absurdity that I cannot get behind. Transgender only makes up a fraction of a percent of the total population, yet has such a powerful voice to influence everyone else’s lives. Why? I have no right to force someone, or society for that matter, to comply with my demands. Yet, that is what seems to be happening, all for the sake of being more accepting and inclusive, right?

I then started to notice the push for kids, younger and younger, to learn about the LGBT and transgender community. These are not things I learned when I was in school, and it’s something that should stay out of school. But, you have to teach the kids at a young age so they don’t grow up racist, sexist, and homophobic, right? That is wrong, and it’s just not right that kids are learning about someone such as myself, when they have no right to at such a young age. There is no reason a child under the age of ten needs to know anything about sexuality, but that’s what they’re being taught.

What about when a drag queen teaches children or performs for them when the child is young? Drag is an adult activity, and it’s sexual in nature, and thus has no place in anyone’s life until the person is legally old enough, but there it is teaching the children. 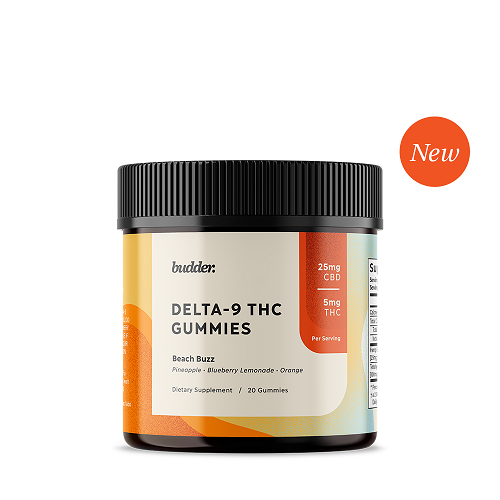 Is it acceptable for a child to undergo hormone replacement therapy and surgery before they even hit puberty? Of course not, but it’s happening. It should not be easy to transition. It should be the hardest thing you ever have to do in your entire life. But, it’s becoming easier and more accessible to younger and younger kids, even to the point of bypassing parental consent.

In the media, there is an increase of LGBT people. There is nothing wrong with that, but we have to look at how they got there. If a casting director is specifically looking for LGBT people to make the show more diverse and inclusive, then by definition that is discrimination, because they are singling out someone because they are different. If I’m applying for a job, I want to be hired for my skills, not because I’m transgender, since the latter is discrimination.

This reminds me of an interaction I had on social media several years ago. I posted an article about how the mask mandate was dropped for people of color, citing that it made no sense, and obviously had no scientific backing since viruses do not discriminate. Someone responded about how it made perfect sense since people of color are targeted for hate crimes, and how the world is racist. And a bunch of other stuff that isn’t grounded in reality. They proceed to say that they get frightened whenever they see a black man walk past their car. I was very confused by this since I’ve not experienced that and said they sounded racist. Sure enough, they admitted to being racist, but are all on board with the Black Lives Matter and social justice stuff. The point I’m trying to make here is that this racist person recognizes their own racism and tries to overcome it by masking the problem, saying they are supportive of social justice and what not.

The same applies to the LGBT community since many of the things that are controlling the movement are not LGBT people, but a very small fringe minority of people who claim to have power, but actually have very little. These are your politicians, and they are the reason why an increasing number of people are starting to dislike the LGBT community as it’s constantly pushed in their face.

Let’s drill down into the politics of all of this, because the LGBT community is run by politics. The idea is that Democrats are inclusive and accept everyone, and the Republicans are opposed to LGBT people who want to limit their rights. Neither of these are true. It’s a gross exaggeration to say the least. Rather, both political parties just don’t care about you. The Democrats make it look like they do, but they’re just placating to get votes. And they attack their opposition saying Republicans are trying to limit the rights of LGBT people, which also is a lie. The Republicans may believe in a more conservative lifestyle, and may oppose some of the ways the LGBT community lives their lives, but they’re not going to do anything to ban same sex marriage, or limit transgender health care, or anything else. This is all talk to scare the person in the LGBT community to always vote Democrat, which, much like the Republicans, is an abysmal party that does nothing to help, and only makes things worse.

The LGBT community used to be an accepting community, but now seems like a cult where everyone has to think the same. If you have one opposing view, you are viciously attacked, labeled a bunch of names, and shunned. How did it get this way and why? Politics and brainwashing. Kids do not need to know about my way of life until after puberty, and it should come from their parents. They should not be exposed in any capacity to LGBT until this time since sexuality is not on a child’s mind. And lastly, politics need to stay out of our lives. Any politician that is all for social justice and making the world more inclusive are the ones that I know are the true racists, bigots, and homophobes, and will be avoiding at all costs since their words are only to get them votes.

Let me know your thoughts. Have a great day!

As someone who grew up when transgender wasn’t really a thing, it’s amazing how much exposure there is now. I think exposure and education is good, in moderation, but when everything and everyone is trying to be inclusive, it seems like they’re just doing it for votes, sales, or news. Honestly, it’s discrimination to single people like me out. I feel that some people have had enough and are adapting a negative mindset about the LGBT community, solely because of how much exposure it’s getting, how laws are changing for a small minority, and politicians are using it for power. It has to stop. Let people live their lives and leave it alone.