Summary: Addiction to video games can be very serious. It can take your time away from your real world friends, and even blur the lines between reality and fantasy. But, just how much is too much?

Video games have become more and more accessible over the decades, with portal consoles and phones allowing you to play on the go at any time. That may cause some people to use video games as an outlet, which can be good to a degree, but also can turn bad when addiction sets in. So, is video game disorder real? Can you be addicted to video games? The answer is yes, of course. Addiction can take many forms, and video games is one of the outlets people use for entertainment that they can become addicted to. However, there is a much deeper issue that can arise from playing video games too much.

First let’s discuss the addiction aspect. Anything can be addictive. The whole premise of addiction is that someone finds a coping mechanism for their negative emotions and depression. This outlet becomes a crutch the more times it’s used as the person becomes dependent on it to fulfill them. They may feel better temporarily by doing the action, but the sadness creeps back in, causing a vicious cycle. They turn to external stimulation to remedy the problem within them, without actually addressing the real issues within them that is causing the behavior.

Video games can become someone’s outlet that they become addicted to. They use it as a means to escape their sadness and depression and immerse themselves within a fantasy world that they are playing as a character they are not, whom they may look up to. There is nothing wrong with playing a game to alleviate stress and to distract yourself in the short term, but chronic abuse by overplaying, where one’s world becomes consumed by games, and their money goes all towards games, then it’s a problem. It can even be so bad for some people that they keep buying games, since it gives them that rush of euphoria to own a new game to play. Yet, that new feeling gets old real fast and the cycle continues. 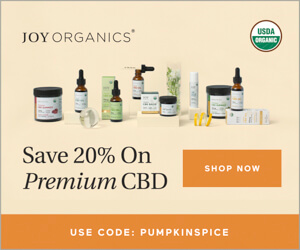 The real question then is, what can you do about this. There is nothing wrong with video games. They can be entertaining, and even educational. But, you have to know where to draw the line and recognize the problems they may be causing you. If you feel like you are addicted to them because you are constantly absorbed by games and spending all your time and money on them, even ignoring your real world friends outside the game, then it’s time to get help. There may be some deep rooted issues that are causing this behavior, and these need to be addressed. Once they are, you will find that you no longer feel the need to escape and use gaming as a crutch. Instead, you may enjoy it from time to time in a reasonable manner.

Video game addiction is very real. It can cause a multitude of issues ranging from the inability to make friends and connect with people as your real self, fantasy and reality may blur, and your finances may be hurting from all the money you are spending. Regardless, if you are addicted, there is a way of remedying this, which starts with you being confident with the person you are. You are not your gaming avatar, but someone much better, with real memories and emotions. Learn from your past and strive to be the best version of yourself and you will be successful and happy.

I have loved games since I was young, probably before age five. The first system I recall having was the original black and white fat Gameboy. The first game I remember having was Kirby’s Dream Land. There was a moment in my teens when I would create female characters in games because I wanted to be them. While I wasn’t addicted, there was a disconnect between my game character and my physical body. I didn’t like who I was physically, so I wanted to be the game character so bad. It would upset me very much. I eventually moved past this and realized that I can be happy being myself. Now, I play games on occasion, and even have a game site where I review and play games, Asphodel Gaming. So check it out!