Summary: Blaire White and I discuss LGBT and transgender topics, the causes of transgenderism, as well as political correctness.

It was so nice being able to talk with Blaire! Many people asked if I watched her videos since we do share many similar ideas and thoughts about transgenderism, transgender youth, and so on. There were a lot of people asking me this, so I decided to reach out to Blaire to see if we could work together in some way. I wasn’t expecting a reply, but she got back to me and agreed to a live discussion. We originally planned for a Friday, but there were some technical issues so we had to reschedule for Monday.

Our conversation was excellent. We touch on important topics that many shy away from talking about due to criticism and backlash. The causes of transgenderism was an important topic since that too is hard for people to admit that there are other causes. Another controversial topic is trans youth. Both of us being against children transitioning for a variety of reasons. Further, even the discussion of more than two genders is a controversial one since more people are identifying as non-binary and other genders. My personal beliefs are that these other genders are, by and large, simply just variations of the binary male and female, as I have never seen anything but male and female.

I discussed other genders long ago in a video about if gender is binary. I mostly did it because I needed to be educated on the topic since I knew nothing about these other genders. I was quite surprised by just how many labels people apply to themselves. For what purpose? I have no idea. I can get behind the idea of gender not being binary to a small degree…very small, since there will be slight variations. But as Blaire and I discussed, these differences mostly come from gender expression. I personally believe in viewing gender and sex on a spectrum of male on one end, and female on the other, while the middle is a combination of the two. For the gender spectrum, the middle is androgynous, and for sex, the middle is intersex. Both of which are simply a combination of the two opposite ends, male and female, but not a separate gender/sex entirely. But any variations are still just male and female, or a combination of the two. I have never seen a third sex or gender. Thinking of it now, one can view it as night and day. They are opposite of one another, but still serve a similar function. While there are various terms for the position of the sun during the day, such as ‘sunrise,’ ‘noon,’ and ‘sunset,’ they are still under the category of ‘sun.’ The same applies to sex and gender.

It was a great conversation and I’m happy to have had her on my channel for my first ever live discussion! 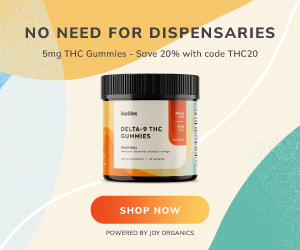