Summary: The new year is here, have you made your resolutions? How can you stick with the goals you've made to make this your most successful year ever?

When the new year rolls around, you may create resolutions that you want to stick to, but end up alway failing. During the last few months of the year you say that in the new year you will change a bad habit, eating patterns, or something else. And while you may have a plan and stick to it initially in the new year, you always revert to old patterns after a few weeks. Why is this and what can you do to truly stick to your plan and accomplish your goals?

There are several issues with this scenario. The first being that during the last few months of the year, you delay your goals for one reason or another. Perhaps you have a bad habit or want to change your diet, and it’s October. With just three months left of the year, and with Thanksgiving, Christmas, and perhaps other events coming up, you postpone your goal until after this is done. But why? As humans, we like to procrastinate. Any challenge or obstacle we deem as too difficult is often put out of our mind until a later date. And then when the time comes, we often delay it more. And, if we do ever tackle it, then it’s often not well thought out and is designed to fail from the very beginning. To remedy this, you have to be willing to not delay with your goals, but instead do them now. Don’t wait until the new year, don’t wait until next month, next week, or even tomorrow. Do them today, right now, right this very moment. If you truly want to change something, then there should be no reason to delay.

Another example I often hear is people wanting to learn a new skill. They keep saying that someday they will learn it, while kicking the can down the road. They do this again and again and before you know it a few years go by and they still say that they will get to it soon. If they had started right away and learned a little bit each day or even each week, after a few years they would be so much further ahead of the game. But, they procrastinated and now a skill that may have been mastered is unlearned since they kept putting it off.

Another issue is dedication and patience. Human beings, especially during this time where everyone seems to want instant gratification, seem to lack dedication and patience. You don’t want to be this type of person, so begin to change your expectations. With the example of learning a new skill, in your mind you have an idea that you’ll begin playing an instrument, for example, and be able to master it pretty quickly. Perhaps you’ve watched videos of how to play and have a very basic understanding, and think that you’ll be good within a short period of time. Well, what you are often missing and what isn’t shared in these tutorials is the amount of time it took to get to that point. If you knew that it would take you years, even a decade or more to be successful, would you still pursue it? Most people wouldn’t. However, if you are dedicated and patient, you’ll practice and practice and see progress as you go. It doesn’t happen overnight, and you can’t expect it to, but if you keep at it, learn from your mistakes and failures, then you’ll become better. Otherwise, you’ll give up and revert to old patterns. 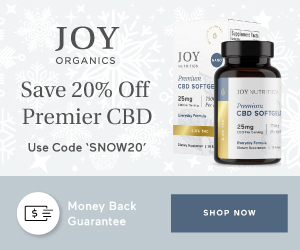 To truly accomplish your goals, especially when it’s a new year which can feel like a clean slate, start making goals today and pursue ways of accomplishing them. Success doesn’t happen overnight, and results may take years to fully show, but small success here and there over time will surface, and you have to recognize and celebrate them. If you knew something would take years to master, that should be your motivation to start today instead of delaying it, since the longer you put it off, the longer it’ll take to actually see results. It’s also okay not to really know what you want to pursue or how to get there and just experiment with what you feel is right. But, never give up because something is too hard. Instead, alter your approach to make it easier for you to build up to the hard stuff. You can’t become a professional piano player overnight, so take it easy and start small, learning the basics and experimenting on your own.

Start today, never give up, and always be patient are the keys to success. With these on your mind, you will become successful or at the very least, realize what your true passions are in life.

Ever since I was young I wanted to learn new things, all on my own. Most of the skills I have are self taught and am thankful for what I am knowledgeable about. When you’re young, it’s easier to learn new things. So some of the skills I learned were video editing, website programming and design, and even some audio and image editing. Graphic design really isn’t my thing, but I was forced to learn some of it and know the basics of the software. It’s always daunting initially, and I’m sure there is a better, easier, and more efficient way of doing some of the things I do, but I know the way I work is best for me. I was never one to really procrastinate. Rather, if something has to be done, I’d rather get it down right now.