Summary: Understanding that gender is not binary can be challenging for some since male and female genders seem to be the most common. But, gender is a spectrum and it various from person to person. People have different ways of identifying, expressing themselves, and different pronouns to be called. It's important respect what other people identify as, and most important, respect them as a person.

First and foremost, we must clear up what differentiates sex and gender. I have a video dedicated to this so I’ll have an annotation and a link in the description to that video. [Sex vs Gender] In that video I discussed more thoroughly what sex is and what gender is. Your sex is what you were assigned at birth. It is determined by your genitals. You can be either male or female. But, there are even variations within that, such as intersex individuals that have both or part of both sex’s genitals. Both sex’s being male and female. Sex is primarily binary, with intersex being the exception. Whereas gender on the other hand is completely different from sex in that it’s what the person identifies as. Some born with the sex of male may identify as female. Their sex is male and their gender identity is female. They do not choose to identify as female, it’s simply how they feel they are.

Another thing to note is that sexual orientation, as in whom you are attracted to, is different from your gender identity. There is more info about this in my sex and gender video. But, whom you are attracted to is not the same as what you identify as. This is why gay, lesbian, bisexual, any other sexual orientation exists. You can have the sex of female, in that you were born female, but your gender identity is male, in that you feel as though you are really a male, and yet you are attracted to other males. This would make you a gay male, and not a straight female.

With all that being said, I think it’s time to move onto the various types of genders people have labeled. They are simply labels. You can choose to label yourself or not. Or better yet, you can choose to be you and express yourself how you feel you are, without the need for labels. That’s not to say you cannot identify as a particular label, but there are plenty of people that can get so wrapped up in a label that they lose who they truly are, or even make up different labels to the point of there being so many labels that it’s impossible to follow. Some people can even become offended when other people don’t know what they identify as since you can’t just instantly tell what you identify as from the outside, nor may the other person know what label you identify as, especially with all the labels out there now. Regardless, it’s always important to respect other’s labels, or what they identify as, as well as the pronouns they prefer. This is not a list of all identified genders, but the more common ones you may hear about. 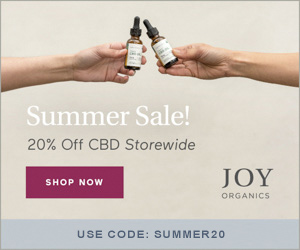 Another type of gender is transgender. Transgender is specifically an umbrella term that includes people whose gender identity or gender expression does not match their assigned birth sex. So, someone who was born male may identify as female. Often you will hear about people being transgender when they identify as the opposite sex. So, they were born male, but identify as the opposite sex, a female. This term specifically is transsexual, which falls under the transgender umbrella, which is primarily for those that transition to the sex they feel they are. I did a video in greater detail about the difference between transgender and transsexual, so I’ll have an annotation and a link in the description. [Transgender vs Transsexual] But as I said, transgender is a term used to describe people whose gender identity doesn’t match their assigned birth sex.

Genderqueer is another broad term for people who identify outside of cisgender. Primarily it is for those that identify as no gender, multiple genders, such as male, female, even other genders, or those that move between genders, in that they change what they identify as. Since this is another category, there are a few that fall under it which I’ll discuss.

Agender is one that falls under the genderqueer category. It essentially means that one has no gender. They do not identify as any gender. Some may even refer to themselves as genderless or gender neutral.

Gender fluid is another term that falls under the genderqueer category. It means someone who moves between genders. They may feel male one day, and female the next, or something else. Unlike bigender, the person does not identify as both simultaneously, but rather a single gender depending on what they are feeling at the moment.

Androgynous means someone who has both a combination of masculine and feminine characteristics. It’s the in between genders as there is sexual ambiguity, meaning that the person may identify as being in between male and female. It’s a way of expressing as well as identifying as those that are androgynous may even identify as other genders I’ve previously discussed.

So, those are some of the various genders. Remember, these are just labels so you do not have to identify as them, but rather choose to identify as yourself. Also, it’s always a good practice to respect what other people identify as, and most importantly, respect them as a person. If someone identifies as male when they do not appear male to you in any way, or if someone is androgynous, or whatever else, it’s always important to respect what others identify as and the pronouns they want to be called. I hope this video was informative and helpful. Thanks for watching!

Having a non-binary gender myself, I knew gender was never binary. However, I was never fully aware of just how broad the spectrum actually is. This is primarily because each of us views things from our own perspective and experiences. So, because I was male yet identified as female, I saw just the two genders. I didn’t understand the concept of someone feeling as if they were both, neither, or vary depending on the situation. However, this is when I also learned that this is why many people don’t understand the concept of my scenario, being transgender, since they are happy as the sex they were born as, whereas I wasn’t.