Summary: Television, especially the news, uses hypnotic tactics to cause dissociation. Has it personally affected you or someone you know?

Do you still watch the news or television? Did you know that your television, your news media, all cause you to be unable to think for yourself as they program you with subliminal messaging. The tactics used by not only television shows, movies, the news media, but also the government, are a form of hypnosis.

Hypnosis is a technique where an individual relaxes their mind as positive suggestions enter their mind, bypassing their conscious and going directly into subconscious, as they accept them as true. This will reprogram the person’s mind with the suggestions as dissociation begins to set in. Dissociation in the sense that the person is disconnected from reality, unable to think for themselves, and live within their mind, programmed and reciting what they hear and see in the news without looking into any evidence to support their claims. They are then consumed by cognitive dissonance where they are literally unable and unwilling to see any evidence that goes against their beliefs. In short, television programming makes the individual unable to connect with their true, authentic self, and become detached from reality while believing a false narrative.

How exactly is this done? Let’s look at one of the biggest sources of lies and propaganda, the news media. If you are still watching the news, consuming online news sources, all mainstream, especially after 2020, then you, unfortunately, have been put under the hypnotic spell the media has cast upon you as you cannot look away or think for yourself, reciting the exact narrative they all say as if you’re a robot, all with no evidence to backup any of the claims you make.

How the media does this is quite simple. The first step is to create a suggestible state. There are many ways of going about this. But, the news will do it with fear. When you turn on the news and hear about all the violence, deaths, end of the world like scenarios, and turn your eyes to the screen and cannot look away, they got you with fear. The fear is to create a suggestible state. But why fear? It’s because people will listen the most when something is fear based as opposed to a positive, happy story. If someone knows their life is on the line, they will listen closely and comply without question. So, fear is used to create the suggestible state as people’s eyes are glued to the television and will listen. 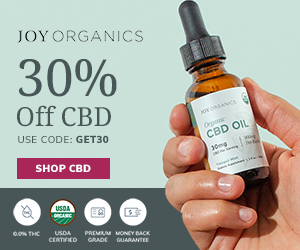 The next step is to divide. The news will change stories, making your fellow human beings seem like an enemy. This divisional, discriminatory, and segregation tactic is used to make you weaker and break you down so you can more easily accept what they are saying as true. By making you feel ostracized, they can give you suggestions, or rather orders, for what to do next as you see your friends and family and threats. In actuality, it’s them that should be the focus, not your fellow human beings. They even edit clips out of context to make it appear someone from the opposing side is far worse than they actually are.

Next is to give instructions, or suggestions. Do this, or else. Obey, comply, don’t question. When you watch the news, that’s essentially what is being said. They give instructions as to how to avoid death and negative outcomes. Listen to the instructions, or you’re putting your life at risk. If you notice, not one news source actually shows the raw scientific data or talks about it in depth.

And finally, dissociate. This step is to essentially lock away your natural personality who can think freely, critically, and for yourself, and bring in the brainwashed sheep who recites what the news says without second guessing themselves. You will often find people who have gone so far into this state that they will recite, word for word, exactly what the news told them to, without questioning it, looking at the original articles and studies, and so on. This person is now detached from reality and their family and friends, and is essentially just a megaphone of the news media to spread their agenda. They now control and practically own you.

So how do you get out of this? It’s quite simple, turn off the television and mainstream media, and begin to think for yourself. Find out what you truly believe in and begin to question everything, become a critical thinker, and think outside the box. You’ll often find that most things aren’t what you thought they were and you’ve been put under a spell and essentially became a robot, parroting what the television said. Think for yourself and outside the box, and you will succeed.

I was never a news watcher, but over the years I began to realize how people got programmed with it. As someone who is naturally skeptical of everything, I always question what I hear and what I’m told. I never accept without looking for myself. Unless I’ve seen it for myself, I may have an opinion on it, but don’t store it as fact within my mind. I also do not have fear, and thus cannot be hypnotized that way.