Summary: Should children be allowed to transition or are they too immature to make that decision?

There is a lot of controversy regarding transgender kids. I’m going to share what I believe from my own perspective and you can take away what you need from it to identify the right situation and how you feel about this topic.

When I transitioned, children transitioning was not really a thing. It was very rare. However, as years went on, there would be more and more talk about kids transitioning, even as young as five years old or less. However, when the child has not gone through puberty yet, they will often do a social transition, where they dress in the opposite sex’s clothing and present as the sex they identity as. Once puberty comes around, that’s where the biggest controversy comes in. Do you believe kids have the say in what is done to their bodies at that young age and request puberty blockers to delay the natural puberty as the sex they were born as? Or do you think this decision is too young for a child to make and should only be allowed once the person is 18 or older? I strongly agree with the latter, and I’ll share my reasoning.

My reason for not wanting children to transition at such a young age is because during those years, a child simply doesn’t know what they want. The human mind and maturity doesn’t fully develop until mid-20s, so how can a child that is half that age rationalize what the long-term consequences of their actions will be? They can’t. Some of these children can and will grow out of this as it can be just a phase for them, usually from consuming news media and articles that talk about these topics. Back when I was younger, transgender topics were not one that was discussed to minors, largely because it’s simple not a topic that children need to know about. Children do not need to know about sex, gender, racial injustice and equality, and many other things that are being taught to them today. This is propaganda and brainwashing that makes them feel like they are a victim and sway their thinking away from reality.

Instead, I believe that if a child is truly transgender, they will start to shows signs without being exposed to any media that shows them that boys can be girls, and girls can be boys. If a young boy, who has not been exposed to any transgender media or is even aware of what it is, starts to feel they are transgender, then that is when a therapist should get involved to figure out what’s going on. It’s also not the therapist’s place to suggest the child transition or that they are transgender, but to rather help them figure out what they want and why they feel like the opposite sex deep down.

The reasoning will be different for everyone, but until there is a clear test, such as a brain scan, that is the standard for recognizing transgender people, then children should not transition at all, unless under extreme circumstances. Not every child that feels a certain way should get what they want when they want it. Rather, it’s the parent’s job to enforce rules and to discipline, not cave in to their child’s every request. Furthermore, the parents ultimately have the final say, and while parent’s rights are always attacked and being taken away, the parent is ultimately the one that determines what their child does until the child is old enough and mature enough to make their own decisions. Then if they make a mistake, it’s on them. 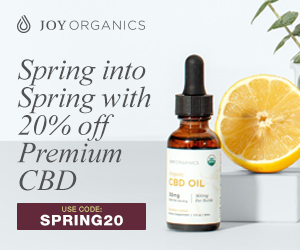 A small amount of transgender people who have transitioned as adults regret their decision, so a child simply is unable to make this informed decision and thus should seek the proper help they need to figure out what the best course of action for them. But transitioning should be a last resort. Besides, waiting until you’re older, and going through the transitioning is even more rewarding when you have to work hard to get there. That is my perspective and I’m curious to hear yours.

I had feelings of being a woman since before age ten, however, it never caught up to me until I hit puberty. I wanted to escape from my male self and be a female, likely because I was unhappy as my male self. If I had transitioned back then, I don’t think it would’ve made me any happier. Rather, I could’ve regretted my decision and been made fun of. Fortunately, I wanted until I was an adult, and while some of my transitioning was rushed, I am happy with the person I am today and wouldn’t transition a day earlier even if I could.