Summary: Supporting someone who is trans is possible by understanding that transgender individuals are human just like the rest of us and deserve respect.

If your child is transgender, as a parent you may blame yourself, thinking it’s your fault that they developed into someone who questioned their gender. However, this is often just not the case. The majority of trans people are not trans due to the environment they were raised in, but rather other causes that are often out of your control. It is not your fault they started to feel dysphoric of their gender. So as a parent, realize that this is not your fault. Be there for your child because they will need you during the rough transitioning process.

You may not want your child to be trans, thinking it’s a bad thing due to how some news stories dwell on the high suicide and death rates of trans people. But realize that by your child being trans, they will greatly suffer with depression and often other mental illnesses, but that’s where true strength comes in. Those who are able to keep fighting and working hard at being their true self, prevail and are even stronger as a result. Remember that being trans is not a sign of weakness, but one of strength and courage.

It’s normal to feel like you’ve lost someone close to you when your child, relative, or friend transitions. You may mourn the loss of someone you were close to. But, realize that you are not actually losing anything. The person is still the same as they were, but will be presenting differently. Furthermore, transitioning actually can bring out the best in someone, so be prepared to meet the new, more confident person you know. 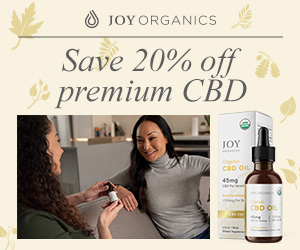 When someone close to you has come out as trans, you may think and say to them, “Are you sure you aren’t gay?” While the statement may mean no harm, understand that gender identity is different from sexual orientation. Your sexual orientation is whom you are attracted to, while your gender identity is who you feel you are, male or female. Furthermore, gender does not equal sex. Gender is what you identify as, your mind, while your sex is your physical body and what you are biologically. It is true that transgender individuals will never truly be able to change their sex fully, they can certainly make steps that allow them to be happy with who they are.

Remember that trans rights are human rights. That is a simple statement, but many underestimate the discrimination some trans people face. As human beings, we each deserve respect. No one should be singled out just because they are different. But this also means that we should not glamorize the condition either. We should all be treated equally. A trans person is no better or worse than a cisgender person, which is no better or worse than a gay person, and so on.

If you are someone who opposes transgender people, understand the reasons why you dislike them. I personally find that some people dislike trans people because they have an idea in their mind of the ones that push for silencing of opposing voices and are highly sensitive and think everything is discrimination. There are plenty of people like that, but it does not represent the majority of trans people, but rather just the vocal minority. Some people who oppose trans people quickly learn to accept them once they have a family member come out as transgender.

Regardless of if you accept or oppose trans people, understand that at the end of the day, we are all human and deserve to have basic human rights and ability to speak our mind. We are free to do as we please and let our voice be heard, and no one should stop that.

If more people were supportive of transgender individuals, there would not be as much struggle and misconceptions of them. I feel most people dislike trans people for the simple fact that they just don’t understand them. If more people could be open minded, and allow trans people to express themselves freely, there would be more peace in the community and less overall discrimination and violence.

So, do your part to be supportive and understanding of trans people, even if you do not fully support everything they do or even think some of it is harmful. There is no need for violence towards a small group that is simply trying to live their life and be who they truly are.