Summary: Social media sites are censoring the information you are seeking and sharing with the world. They are preventing people from discovering natural health information and label it as conspiracy theory and harmful.

In this episode of Towards the Future, we discuss why social media sites censor people. YouTube recently admitted they were going to censor opposing views on their platform from recommended. None of which is actually harmful like they claim.

Facebook has also admitted to censoring opposing views because of what they consider to be “fake news.” (Most of what they censor is not fake, but questioning the mainstream narrative.) But, they also block the reach of pages to personal profiles to increase engagement between personal profiles, family, and friends.

Most social media sites block content they view as controversial or a conspiracy theory solely because they don’t believe in it, or their advertisers complain. Major news companies who lie to the public and promote “fake news” have had a majority of their viewer base leave which caused them to reach out to social media sites and expose the fact that advertisements are running on information that is deemed as controversial or conspiracy theory.

I personally will never be for censorship of this kind since I believe in the freedom to express yourself and your views. Just because I may not agree with someone doesn’t mean their view should be blocked. And vice versa.

My videos have already been hit quite hard with the YouTube censorship algorithm. Since September 2018 they have almost completely stopped recommending a large amount of my content. This was not a gradual process, but seemed to have happened overnight. 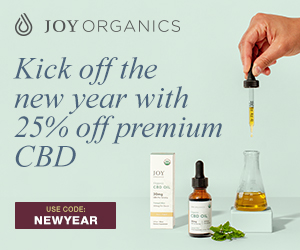 After reaching out to an employee about the censorship, the person I spoke with claimed that they don’t limit videos in recommended, and ranking in recommended is based on multiple factors. However, the employee didn’t deny the claims that it is doing what Facebook is doing, limiting the reach to one’s own followers. Due to the amount of people who have not gotten my videos in their subscription feed or been notified (even with notification on), this indicates something much deeper is going on. Since I promote freedom of expression, natural health remedies, ways of coping with mental health conditions, physical conditions and so on, that information is labeled controversial and conspiracy theory, and thus is no longer recommended.

What are your thoughts on social media sites censoring what you hear about and what you say? Leave a comment below and let me know what you think!